The East Parker County Chamber began with a vision in the mind of one man — Community News Publisher Randy Keck. It was an idea he shared with Judge Graham Quisenberry and insurance agent Roy Ray.

Both Ray and Quisenberry were quick to embrace the concept.

“We recognized that there was no end in sight to the growth of the East part of the county,” Quisenberry said. “We knew we needed to have a support system in place to back the growth. We were interested in having a rally point for business and commerce for the east part of the county because of all the development occurring in East Parker County. There really wasn’t hub for business at the time.” 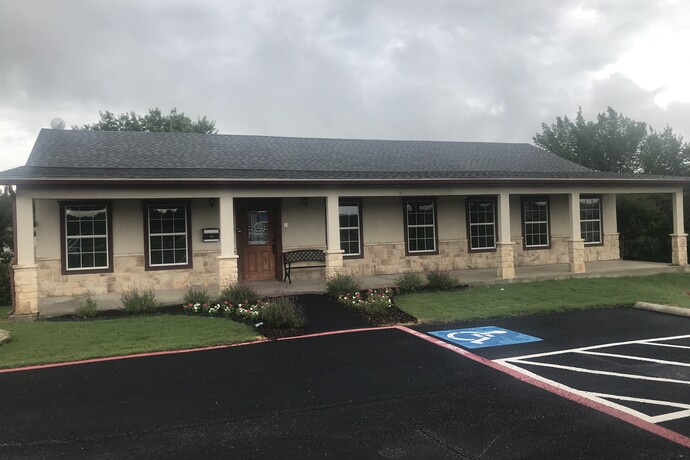 The three forward thinkers knew there had been chambers formed before in the same area, and some of them had failed. But they also realized almost everything in business hinges on timing, and they felt the time had come for establishing the East Parker County Chamber. Being men of action they moved ahead rapidly.

First they approached the two chambers that had been operating in the east portion of Parker County. They arranged for the new chamber to acquire both the assets and the charters of the Aledo Chamber ($2,000) and the Willow Park Chamber ($11,172).

Next, they planned to hold meetings and needed a venue. They looked for a place that would be affordable for the fledgling chamber. They wound up holding the first meetings at the function room of an RV park located near Aledo.

When they held the first meeting of the East Parker County Chamber of Commerce, Keck was listed as the chamber’s “temporary president.”

The meetings were held at noon. For the lunch-time meetings they were fed via potluck or someone would order sandwiches from a local restaurant.

In 1996, the EPCCC had 50 members, who paid $50 per month each in dues. From its first month, there was an amazing energy in the air — a vitality about the EPCCC that you could almost see.

From day one, the chamber grew at a steady pace.

That first year the chamber brought in $850 in revenue.

Because the meetings were informal, friendly and comfortable they attracted more and more business owners. More members meant the chamber needed to set up an office. The first chamber office was in Aledo, which it soon outgrew. Then the chamber moved to Hudson Oaks, where growth continued.

By 2005 it was clear that the chamber would soon need a permanent home.

It wasn’t until after Lyn Walsh, founder and president of Careity Foundation, became chairman of the chamber that a permanent home was found.

“A friend of mine owned an office building, and I went to see him,” Walsh said. “When he told me that he was planning on selling his building, I thought ‘This would be the perfect place for the chamber office.’”

Walsh told her fellow board members about the property, and the board gave her carte blanche to negotiate a purchase. The chamber acquired the building in 2008.

But Walsh was also instrumental in helping add a touch of organization to the East Parker County Chamber and panache to its regular meetings.

“In meetings it seemed like there were the same few people participating,” Walsh said. “I felt that it was important to make the membership part of the meetings.”

Walsh thought everyone who was part of the chamber should be able to feel like the chamber meetings were their meetings.

The lively format seen today, the one that incorporates as many as a dozen participants at a time, was a concept Walsh was instrumental in creating.

She was also a vital part of setting policies, procedures and guidelines in place for the staff and for the committees.

“So much of the polish and organization that the chamber has now, is because of Lyn,” chamber president Lisa Flowers said. “She brought a lot of structure to the chamber.”

Walsh was also on the search committee which hired Flowers as president.

“We found two other people we were interested in,” Walsh said. “We made offers, but they both turned us down.”

Flowers was an active member of the chamber who was busy pursuing a career in the field of insurance when the search for chamber president began.

“At one meeting Lisa came up to me and asked if it was too late for her to submit an application for the position,” Walsh said. “It really was, but we took her application anyway.”

Since Flowers became chamber president, the organization has continued to thrive.

The chamber has come a long way in the past 20 years — from three men trading ideas about how to encourage business to the handful of business leaders who meeting over potluck casseroles in a function room of an RV park. Now it’s 520 plus members-strong, a dynamic force for promoting commerce in the Eastern portion of the county.

Quisenberry said it’s no surprise, seeing the success of the chamber he helped to nurture along more than a decade and a half ago.

“Surprised at its success? No,” the judge said. “Gratified, yes. But, I don’t think that I was really surprised.”

His hopes for the future of the chamber are simple and logical, “I would like to see the chamber remain true to its purpose and essentially remain the chamber that it was in the beginning. Because there are so many, new, active members, I hope that it does not lose that personal touch.”