In the past few years, East Parker County has seen explosive growth in the county, with more employers moving their businesses west and a hot market for real estate and retail.  Below you will find area links that will show you why moving to our area is a smart investment! 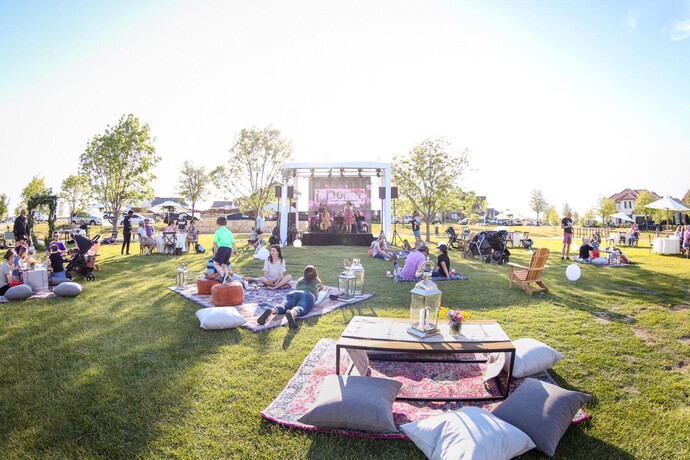 The Parker County Economic Development Council has been formed to pursue, enhance, maintain and promote economic development and commerce.

The last 20 years or so has seen explosive growth in the county, with more employers moving their businesses west and a hot market for real estate and retail. Weatherford ISD is now a Class 6A district – the largest classification in the state – and Aledo ISD is a 5A district.

Cities and the school district have raced to build facilities and infrastructure to keep up with demand, with two new players on the horizon – Walsh and Morningstar Ranch – dramatically changing the game in the eastern part of the county.

Aledo ISD will take the brunt of the growth. AISD is expected to more than double in enrollment in the next ten years and there are more than 10,000 lots planned for the future. Rooftops are coming – and quickly.

The biggest player in east Parker County is Walsh, which upon buildout will be the largest planned development in the country. Walsh is located off I-30 in the far eastern part of the county. In addition to retail, commercial, and medical, Walsh has a total of 12,860 single family lots – more than 9,000 of which are in Aledo ISD – and 810 future townhome/condo lots and 3,700 multifamily units. 215 homes in Walsh are already occupied at the time of this writing.

Morningstar Ranch – now entering Phase 2 – will eventually build out to 2,100 lots on 740 acres, with all students feeding into Aledo ISD. There are currently 330 occupied houses in Morningstar Ranch with 1,320 planned for the future.

In Willow Park, Meadow Place has a total of 134 lots with 50 homes occupied as of Spring 2019. Just down the street, The Reserves at Trinity will feature 97 single family lots and 110 townhomes. Parks of Aledo is continuing to grow with its second phase, Vista Point, and will have more than 500 homes at completion.

More homes are planned for several developments in the Annettas, and the sale of Bear Creek Ranch to a developer could potentially mean even more housing in the far southeastern part of the county.

Aledo ISD currently ranks 17th in new home growth in the DFW metroplex and that ranking is expected to rise.

Not surprisingly, business owners have recognized a need for services in the area, and the local economy is thriving with the injection of new products and services offered locally. Texas’ newest H-E-B location in Hudson Oaks will open in May and CVS is building a store in Aledo. The Shops at Willow Park, the commercial anchor for Willow Park North, is at full occupancy, with more businesses building around the development. The Willow Park North neighborhood will also be getting a Springhill Suites by Marriot.

The growth means local cities and the county have more revenue to increase spending on infrastructure to help accommodate the ever-growing population, as east Parker County becomes an ever-improving place to call home.